Almost all travellers have Paris on their bucket list. It is regarded as the most romantic city in the world and is home to numerous iconic locations that are frequently included in travel publications, motion pictures, and other works of art.

France's capital, Paris, is one of the most visited cities in Europe with a population of over two million. Paris is home to two large international airports: Orly Airport and Charles de Gaulle Airport, the latter of which is the second busiest airport in all of Europe.

But why is Paris renowned? What is it about this city that draws visitors from around the world? Of course there must be more than simply the Eiffel Tower.

Paris is a sophisticated and diversified city that attracts the rich but can also be appreciated on a budget. In addition to the Eiffel Tower, Paris is home to a plethora of other stunning structures that enhance the appeal of the wide boulevards and their little cafés. Paris is home to some of the greatest examples of French cuisine, which is also well-known worldwide. There are several fascinating museums and art galleries, world-class shopping, a thriving fashion industry, and other attractions. The Musée du Louvre should without a doubt be your sole museum stop in Paris, if you only had time for one. This is due to the fact that the Louvre is not only regarded as one of the top art museums in the world, but also one of the best in Europe. There are 35,000 pieces of art in all on display at the museum, which first opened its doors in 1793. Here, a range of artwork from many eras and civilizations may be viewed up close. Ancient Greek sculptures and Egyptian mummy tombs are both on display at the Louvre (including the renowned Winged Victory of Smothrace and curvaceous Venus de Milo). Thousands of artworks are available for viewing as well.Here you may see masterpieces including "Liberty of Leading the People" by Eugene Delacroix, "The Raft of Medusa" by Theodore Géricault, and the "Mona Lisa," the centrepiece of the museum. Even Napoleon the Third's former residence is still visible. However, you aren't required to go inside the residences to experience what it was like to be a king. Even while it is still utilised for communication transmissions today, the Eiffel Tower is mostly admired for its magnificence. If you can believe it, this architectural wonder was at once considered nothing more than an eyesore by many Parisians. Regardless, the Eiffel Tower is one of the most popular tourist destinations in the world right now. The Eiffel Tower's first level is accessible by stairs, or visitors can take the elevator all the way to the top for expansive views of the city. Additionally, travellers strongly advise making a second journey at night. That's due to the fact that the Eiffel Tower sparkles every hour on the hour, leaving visitors in wonder. This is accomplished by hundreds of flashing light bulbs. The Sacré-Coeur, which means "Sacred Heart," is a basilica that rises above Paris and resembles more of a white fortress than a basilica. This Roman-Byzantine marvel towers above the diverse Montmartre area in Paris and was once a hotspot for the city's bohemian culture. The basilica's interior is stunning; despite how blatant it may look from the outside: The biggest mosaic in France, which shows Jesus rising beside the Virgin Mary and Joan of Arc, is glistening on the ceilings. Additionally, the expansive vistas that can be seen from the Sacré-outdoor Coeur's stairway are probably going to leave you speechless. Go up all 300 of the dome's steps for an even better photo opportunity. In the months of May through September, the dome is open daily from 8:30 a.m. to 8 p.m and in the months of October through April, it is open daily from 9 a.m. to 5 p.m. Make sure to come here when you arrive to Paris! Located 14 miles southwest of Paris in Versailles, the Château de Versailles is a huge chateau and historic centre of authority. Millions of tourists journey here each from Paris to see the chateau's renowned magnificence firsthand. You might be shocked to hear, however, that King Louis XIV's magnificent former abode had quite modest beginnings, given the abundance of gold figures, dramatic murals, and cascading crystal chandeliers you will undoubtedly find throughout the castle. Visitors can see the King's Private Apartments, the Royal Chapel, the Royal Opera House, and other sections of the 2,300-room palace for 18 euros ($20.29). The gardens, a popular attraction for tourists, can also be explored by ticket holders, along with any current temporary exhibits. Visitors can enter the Estate of Trianon, a village-like compound established for royals (and preferred by Marie-Antoinette) who want their own retreat away from the palace, for 20 euros ($22.36). In addition, Versailles is free to enter on the first Sunday of every month from March through November if you happen to be in Paris. 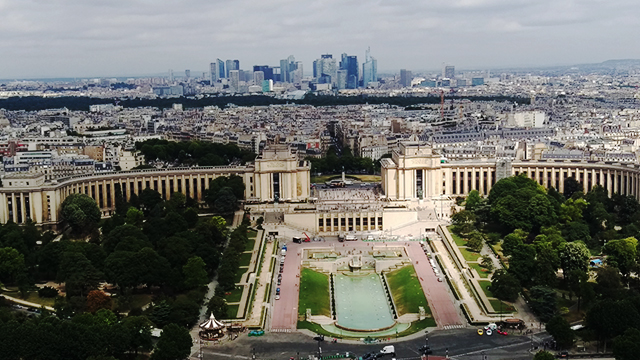